Hello there from us - the Coffee Mate!

Let’s introduce ourselves. Firstly, we are coffee lovers who supply high-quality coffee machines, and we are an excellent example of successful business. We have clients in over 9 countries, and we could truly say that we know the rocky road to success, and how long it usually takes. Especially for students, it might take ages to reach certain goals, that’s why we’re happy to financially support one student’s dream with £1000 Annual Creative Scholarship for any U.S. or E.U. student. All you need to do is to show your creativity! More details below.

A person who currently has a legal student status in our Universities and Colleges partner list.

Press the button “APPLY”, then enter your personal details and upload an essay. The essay must comply the following conditions:

The most creative and original essay will be selected by The Coffee Mate's Content Marketing department.

Find out more
Become a partner

And get annual University Student Scholarship

The Coffee Mate’s 1000 Annual Creative Scholarship will be granted only for one student. Selected student is announced on 2018-10-01 by The Coffee Mate’s content marketing specialist. In the application form, please confirm the following details: student number, university, name and surname, subject of studies, and valid e-mail address. Student identities will be checked in the system. The winner will be contacted directly via e-mail. Please be attentive, because the winner will not be published on any webpage.

If You would like to be a partner, and you are interested in collaborating with us, please contact us via e-mail: milda@thecoffeemate.co.uk The only thing we ask from our partners is to help us promote this campaign to their current/future students via their website and/or social media channels. 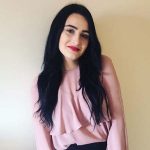 "I did not except to win at all! Although, I love writing and coffee is one of my inspirations. 🙂 I‘m very happy because this opportunity will allow me to dedicate more time to my studies and deepen my knowledge. Thank you for the opportunity."

You can find the scholars work bellow.

During the World War II most of German soldiers were carrying inseparable part of equipage – coffee grinder. Grinder was small, fitted for transportation. Iron box with a handle on top and the tankage down below was fitted for quick assembling and dismantling on sight. Europeans love for coffee was so strong that the lack of steel after the war ended, didn‘t stopped manufacturing of coffee grinders and coffee roasters. While dealing with the problem of lack of steel, the part of ammunition was melted down and remade to coffee making equipment.

Visitors of the museum can see how coffee beans are roasted and brewed to coffee. Processing of coffee is shown with the historical and recent technologies. While visiting the museum you can get to now coffee made by different methods and technologies and while tasting find out the differences of coffee brewed in various methods.

In some source are mention, that the first coffee house in Europe was opened in Viena. Coffee brewing euipments in this coffee house was stripped away from Osman empire soldiers, while defending city walls.

Some of coffee grinding machines is decorated by historical, authentical elements. Museum holds even rare features, adopted specially for woman. These machines was made by installing additional leg, witch eases machine’s bending towards the ground, for pouring coffee beans into it.

Museum combines past with the present. Visitors can witness coffee making and drinking rituals from Ethiopia, Egypt, Arab, Bedouin and Turkey regions. While visiting the museum you can try almost all coffee tasting rituals from all over the globe.

Big part of the museum is dedicated to coffee researches. The study center library holds wide collection of rare books and documents.

Up to these days the beginning of coffee history is the question of discussion and holds a lot of different versions. The most popular version tells that coffee drinking traditions began in the highlands in Ethiopia hundreds years ago. Herdsman, looking out for goats, noticed that after eating berries, from at that time unknown tree his heard became hyperactive. Stories tells that herdsman, driven by curiosity, tasted these berries himself, and unexpectedly felt the wave of energy, and upcoming night - wasn‘t able to sleep.

One story tells that a wife of a herdsman threw berries on to fire, and in that way roasted them. Then she crushed them and poured with hot water. Other versions states that herdsman brought coffee berries to saints man, witch stating that this is a drug, threw it into the fire. When berries was roasting in fire, the sweet scent, these days known to everyone, filled the room. Berries roasted in the fire, latter was grinded and poured with hot water. In that way the first coffee drink was created. Nowadays it‘s raw materials in world market is in the second place after oil.

Stories tell that, coffee was a drink of monasteries. Monks, used this drink to keep them sharp while they prayed during the night. Coffee road from Ethiopia came to Yemen, where Muslims also used this drink as a help for praising their gods. Exactly In Yemen, for the first time this drink was named – Coffee.

Harbor of Mocha, located in Yemen, was the main point of coffee export in this region. From the mane of this harbor, came the name of well-known Moca coffee.

Coffee as we known today, started to spread from Arab, turkey nations and only later reached Europe and the rest of the world. African, Asian, Central and South American, Caribbean coffee three plantations, and its varieties of coffee trees are tracing to ancient coffee forests in Ethiopia.