Ahead of the Queen’s Platinum Jubilee, former Royal chef Darren McGrady reveals Her Majesty’s favourite afternoon tea dishes, the subtle way she’d communicate with the chefs while at Buckingham Palace and the strict protocol the kitchen staff had to abide by when including scones on the menu.

Speaking exclusively to UK based coffee and coffee machine retailer Coffee Friend, Chef McGrady also touches on the Queen’s ‘frugal’ food tastes and why the kitchen staff would never cater to any late night orders.

What would you say was the Queen’s favourite meal?

“The Queen loved afternoon tea, I would say it’s probably one of her favourite meals. Certainly when I was there, she would sit down religiously for tea.”

What typically was the Queen’s favourite items on the menu when it came to afternoon tea?

“There had to be two types of sandwiches on the menu, there were scones – one day they would be plain scones, the next day they would be fruit scones with raisins. It was really important the way they alternated. So much so, that the chefs at Buckingham Palace would ring Windsor Castle on a Monday morning and ask what flavour scones the Queen had the day before, just to be sure we didn’t serve the same. I’m not sure what would have happened if we did, but we always checked.

“For afternoon tea there would be small cake, anything from a mini chocolate eclair to a Queen’s cake, and large cakes too which we would call a cut of cake, where the Queen could cut a slice of cake. This could be honey and cream sponge, a fruit cake, gingerbread. Banana bread, chocolate biscuit cake – one of her favourites – or a chocolate ganache cake. They were served with Earl Grey tea and that was afternoon tea for the Queen every day.”

Were the afternoon tea recipes selected in the same way the Queen’s dinner menus were? Did they have to be run by Her Majesty first?

“For afternoon tea the chefs would suggest sandwiches and scones – we didn’t tell the Queen what she was having because we knew what a lot of her favourites were, but the other cakes, the small cakes changed every single day. Again, we’d try and put on our favourites and occasionally she would put a line through something. If she had say Prince William coming for afternoon tea, she knew her grandson loved chocolate biscuit cake so she’d write that in instead and put a number two. That told us there were two for tea.

“We’d choose the sandwiches that were served. They varied, they could be the traditional cucumber sandwiches, but depending on the different houses we travelled to – take Balmoral for instance, we’d have so much salmon coming in, we’d have that fresh salmon and make a beautiful salmon salad or put that into the sandwiches. At Balmoral, the Queen would go and pick berries from the gardens, bring them back to the kitchen and we’d serve some for dinner in the evening and I’d get to make jams and jellies that would last all for the year.”

How would you describe the Queen’s tastes?

“The one thing you can say about the Queen is that she is very frugal. It was one of the things that really surprised me, when I moved from The Savoy to Buckingham Palace  I thought every day would be smoked salmon, foie gras, caviar, but no. The Queen is very very frugal and it’s simple and plain foods. That comes from her early years of growing up during the war.”

What were Prince William and Harry like growing up and having afternoon tea with the Queen?

“During the week, Prince William and Prince Harry would be at Ludgrove at school so they wouldn’t be there for tea, it would only be at Easter or Christmas or the summer at Balmoral that they’d get to spend time with the rest of the Royal family at afternoon tea.

“A lot of the time we would actually send nursery tea separately, so the boys wouldn’t have tea with the Royal family. We’d do caramel banana cake, lots of sugar, it used to drive nanny crazy, and jam tarts – traditional, authentic, British nursery food.”

Does the Queen have any quirks when it comes to drinking tea?

“Hot tea has to be hot. Tea has to be absolute boiling water poured over the top of it, it has to steep for five minutes, that is the most important part. It’s really, really important when making tea is that it’s made in a teapot – that is a real cup of tea.”

When you were working at the Palace for the Queen or for Princess Diana, did you ever have to cater to any late night orders or midnight snacks?

“We never did any late orders at all! At Buckingham Palace I lived above the kitchen in the chef quarters and nobody ever came and knocked on the door and said, ‘the Queen wants a club sandwich.’ In her room was a bowl of fruit, chocolates and some of her favourites, if she wanted a nibble in the night she’d have one of those.

“The same goes for William and Harry, they were never allowed to summon the chef to make something in the middle of the night. Princess Diana, meanwhile, never had an afternoon tea ritual, she’d have a cup of tea but drank coffee for the most part.” 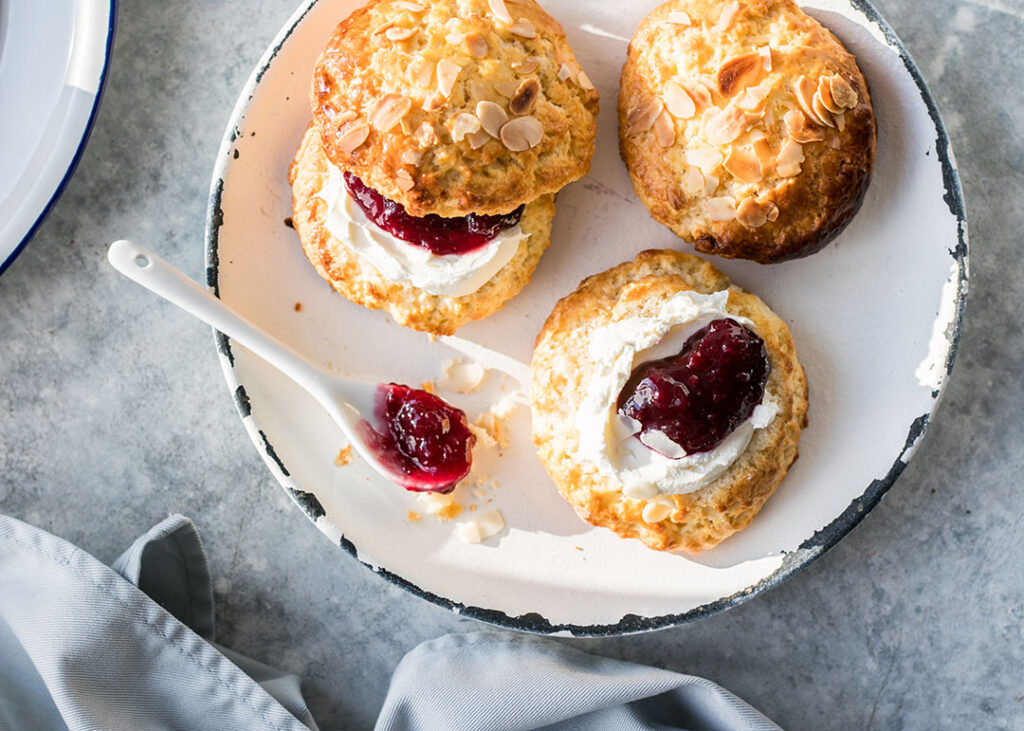 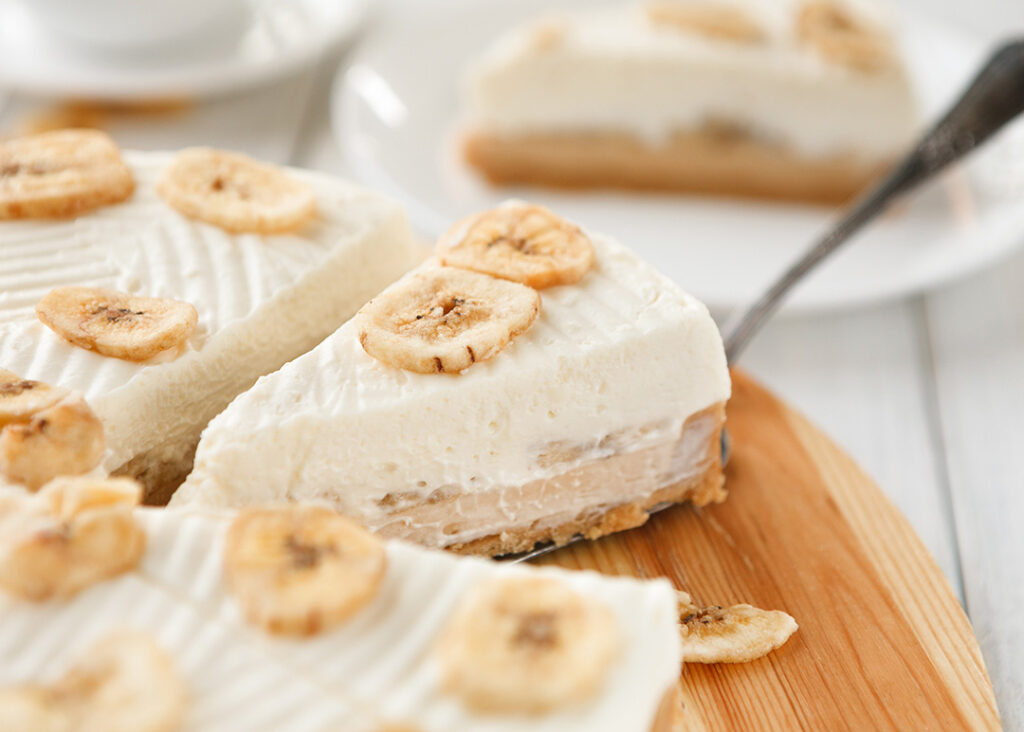 Gabija
Coffee Break With
Quick menu
What would you say was the Queen’s favourite meal?What typically was the Queen’s favourite items on the menu when it came to afternoon tea?Were the afternoon tea recipes selected in the same way the Queen’s dinner menus were? Did they have to be run by Her Majesty first?How would you describe the Queen’s tastes? What were Prince William and Harry like growing up and having afternoon tea with the Queen? Does the Queen have any quirks when it comes to drinking tea? When you were working at the Palace for the Queen or for Princess Diana, did you ever have to cater to any late night orders or midnight snacks?Royal Tea SconesWilliam and Harry’s childhood favourite: Caramel Banana Cake