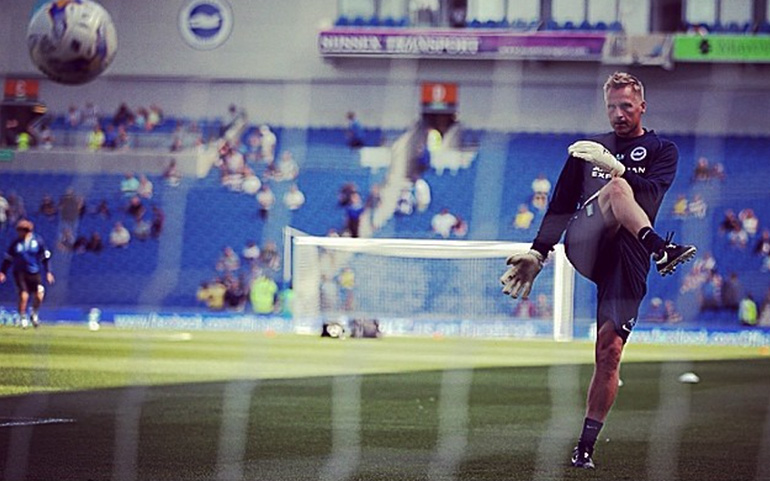 Quick menu:
Hi Antti, thanks for joining us. I guess the first thing we have to discuss is Finland’s obsession and what your relationship is like with coffee? Is it just a trend for Finland or has coffee always been a big thing? Why do you think coffee is so popular in Finland? Was coffee part of a footballer’s diet back when you were playing? You had a successful 20-year long career between the sticks at the top level, how has goalkeeping changed from when you were playing to now? How will goalkeeping change in the future? Will every keeper have to be equipped to play outfield? Do you think this new role for keepers brings more scrutiny and criticism? In your opinion should Jordan Pickford be England’s no.1? If they fail to make the top four, could you see him leaving? If so, where do you think would be best for him to go? What other players at Southampton have shone for you this season?

Every month we sit down with a famous face that has an affinity with coffee and talk about their experience and love for the hot beverage.

Finland is the world’s highest consuming country of coffee per capita with the average Finn drinking almost 12,000 grams every year. We sat down with former Southampton and Rangers goalkeeper Antti Niemi to discuss why coffee is so big in his homeland of Finland, how goalkeeping has changed in the modern era, and got his take on this year’s Premier League.

Hi Antti, thanks for joining us. I guess the first thing we have to discuss is Finland’s obsession and what your relationship is like with coffee?

Yes, it’s incredible. It’s massive in Finland. I grew up around coffee. It’s like tea in England. The first question when you meet up with someone is always, “would you like a coffee?” or “would you like to go and get a coffee?”.

I like my coffee in the morning and I’ll have one or two cups a day. I know a lot of Finnish people that are big coffee fans though, posting and talking about it every day.

When you think about coffee and where it comes from – whether it be from Africa or South America – then you find out the most consuming country per capita is Finland, almost the furthest country away, it’s amazing.

Is it just a trend for Finland or has coffee always been a big thing?

It’s always been popular, ever since coffee first came to Finland. It began as a luxury item when it first arrived and now it has become an everyday thing for Finnish people. It’s everywhere and it’s relatively cheap compared to other countries. I read that Finland only has 5.5million people, but our country consumes 1% of coffee in the world, it’s ridiculous.

You see a lot of cities in other countries now with trendy cafes, but we were the same 50 years ago – drinking coffee just as regularly.

Why do you think coffee is so popular in Finland? 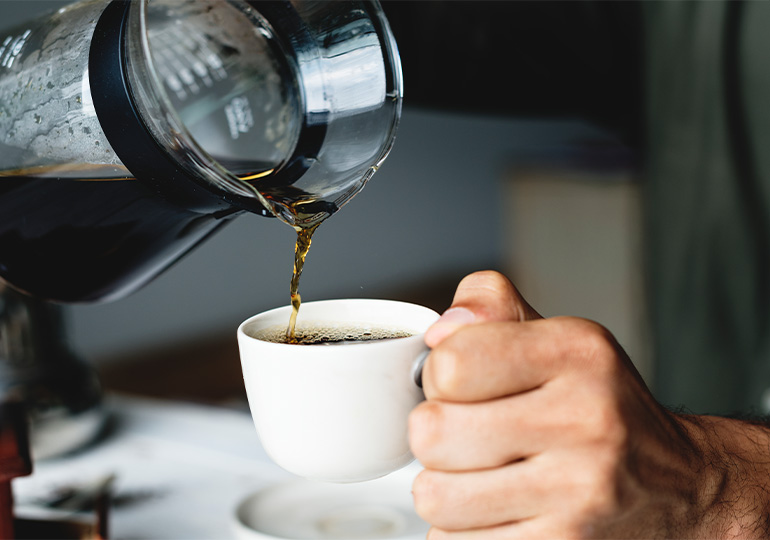 I don’t actually know. Hopefully, no Finns get offended by this, but I would say we are not the best socialisers in our country. We are good people, however, we are not like maybe Italian and Spanish people who you can hear talking with hugs and kisses. So I think it makes it easier to build a conversation or have a meeting over a coffee to help build relationships, so maybe that’s why.

Was coffee part of a footballer’s diet back when you were playing?

I played in the UK for 12 years and I didn’t notice coffee as a big thing then like it is now in society. Back then, particularly in Scotland, people loved their tea in the UK.

It was strange because I can’t stand tea.

You had a successful 20-year long career between the sticks at the top level, how has goalkeeping changed from when you were playing to now?

It’s definitely changed a lot since when I started playing in the early 1990s. Even in England and Scotland in the 2000s, there wasn’t much conversation about goalkeepers being part of possession play or playing out with your feet.

The biggest change has been in the last 10 to 15 years on this. If I was put in a goal in the current Premier League with my skills, I don’t think I would survive. I was good at certain things, but you can’t play at the highest level as a keeper if you’re not comfortable with the ball at your feet.

Players like Ederson and Manchester City, Marc-Andre ter Stegen at Barcelona, and Manuel Neuer at Bayern Munich are typical examples of this.

How will goalkeeping change in the future? Will every keeper have to be equipped to play outfield? 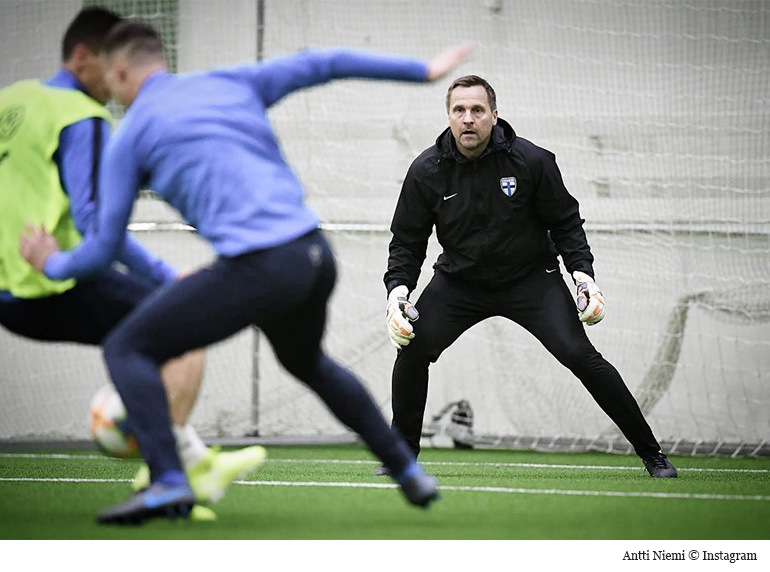 I think even in 20 to 30 years’ time, everyone will be like Manuel Neuer. I think if you look at a heatmap of a football field after games, a goalkeeper’s position could be 20 yards higher than it is now.

Football is going to look very different in 50 years’ time.

Do you think this new role for keepers brings more scrutiny and criticism?

I think this has always been the case. Goalies are always such an easy target. When people are criticising a goalkeeper who is told to play in a certain way by the coaches, maybe that’s to keep possession and find their own player every time, they will make 99 successful passes. Then there’s one bad pass and the other team ends up scoring, it’s headlines.

I don’t think there’s anyone that gets picked on more than another. David De Gea last season got a lot of criticism and because he made mistakes, it wasn’t his best season. I always say though the class is permanent and form is temporary, and I think De Gea is still one of the best goalkeepers in the world.

In your opinion should Jordan Pickford be England’s no.1?

He’s an excellent goalkeeper, a good shot-stopper, and likes to kick the ball long. He has room for improvement, but he’s been England’s no.1 for a long time now. From what I’ve seen when he has played for the national team, he’s played really well. Is there someone who could do a better job? I think Gareth Southgate and the England coaches would know if there was.

One of your old clubs Southampton is pushing for a top-four finish this season and star striker Danny Ings is reported to be looking to play for a club in the Champions League next season.

If they fail to make the top four, could you see him leaving? If so, where do you think would be best for him to go?

Firstly, he has to be available. He’s a big player for Southampton. I’m sure he’s enjoying his time there at the moment. He’s playing well and he’s a big part of the team. He’s a quality player and is good enough to play for many top teams, but I would like him to stay.

What other players at Southampton have shone for you this season?

The obvious answer for me is the goalkeeper Alex McCarthy. I love him. He looks very relaxed, composed, he’s got a good physical presence, he doesn’t make mistakes. I think he’s fantastic, a really good goalkeeper.

James Ward-Prowse, of course. It’s easy to predict a great future for him as he’s already a fantastic player. But it would be interesting to see where he ends up in five or six years’ time.

I would imagine they’re both on some type of list with Gareth Southgate and the England coaches looking at them.