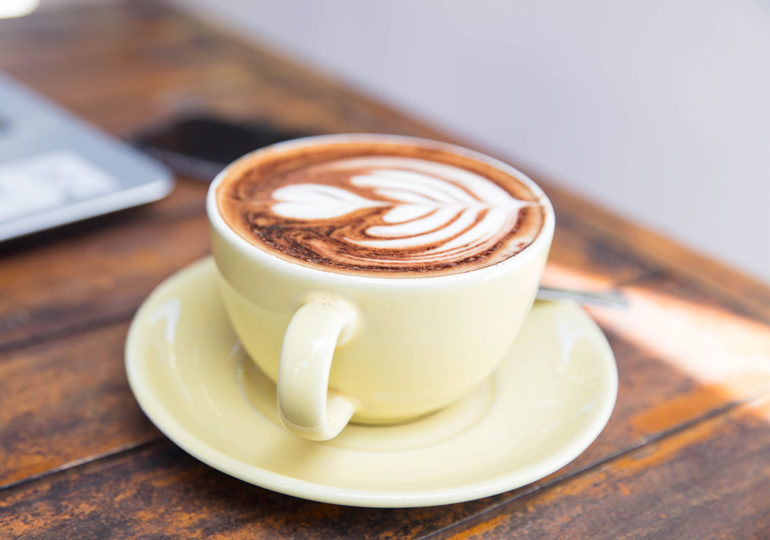 The 2021 edition of hit dance show Strictly Come Dancing kicks off this weekend as the 15 celebrity dancers take to the floor with the professional partners live for the first time in their quest to win the famous Glitterball trophy.

Dance is all about communication and renowned body language expert Darren Stanton sat down with Coffee Friend for the latest Coffee Break blog to analyse this year’s Strictly couples.

Stanton correctly identified that Joe Sugg & Dianne Buswell would fall to the ‘Strictly curse’ in 2018 – and casts his eye over the 2021 dancers to reveal:

“Dance is all about communication and the success of each group will depend on the levels of closeness and rapport that exist between each couple.

“Of all of the contestants, a number of great relationships already seem to have sprung up in terms of respect and communication but the first notable one I feel has great, deep rapport is between Tilly Ramsay and Nikita.

“I think Gordon Ramsay needs to keep a close eye on Nikita as he really likes Tilly on all levels. It was clear from the outset they hit it off with a tight hug and the pair seem to be very tactile with each other. But I’m sure with Gordon Ramsay around, Nikitia will be on his very best behaviour.

“Back to the dancefloor, and the couple look to be communicating really well, striking up a great bond and I am confident in predicting that this connection will see them go some way through the competition – possibly even winning. I could see them getting a long way in the competition based on their body language and how tactile and touchy-feely they are with each other.”

“Observing Amy and Tom was very interesting. Amy is clearly a little bit besotted with Tom because she clearly was a big fan back in the day. When the pair were introduced in the recording studio, Amy’s body language was that of an excited little girl and it was clear she was genuinely enthralled to be in the presence of the group. In terms of communication and eye contact, they are a couple who have already gelled.

“I feel the couple have a natural ability and flair and if they can overcome any losses they may make in terms of practice time with their touring commitments, then I feel these two could also be real contenders to make it some way through the process.

“Even though Amy is the professional dancer, I feel the dynamic of power lies with Tom. I think she is really clearly head over heels that she has been paired up with Tom, so watching their body language develop during the series is one to keep an eye on.”

“We also have to remember that not everyone enjoys being tactile; however one such relationship I don’t feel is as close as it should be is that between Robert Webb and his partner Diane.

“There just does not appear to be the same degree of deep of harmony that I have seen with other successful couples.”

“The dynamic between Greg Wise and Karen will be especially interesting to follow. Greg is a very strong character, so will allow Karen to mould him into the required standard – I guess being married to such a strong woman in Emma Thompson has been good practice for his latest endeavour.

“That being said, Greg is clearly a very controlled man and I’m yet to see much rapport with Karen that suggests they’ve got a chance of winning.

“That isn’t to say that can’t make a great couple in time, however I didn’t see the same level of connection as is already clearly there with some of the other couples.”

“The dynamics between Rose Ayling-Ellis and Giovanni are going to be very interesting. Rose has already stated that she picks up on communication through body language largely and then actual facial expressions.

“Because she can’t hear the sound of someone’s voice, she relies heavily on non-verbal communication and I feel this could be a great advantage to her, since dancing is very tactile – I see her as a potential winner in the making.”

“When people are getting on very well, they tend to match each other’s posture in terms of breathing, gestures and with their body and hand movement, as well as how they look at each other.

“Normal eye contact is generally three seconds when communicating with friends or colleagues, so extended eye contact on the five second mark is said to be reserved for very close friends, romantic partners or family. If a couple are spotted gazing longingly into each other’s eyes for that time or longer – it’s a real tell tale sign.

“It’s too early to say that there will definitely be romantic relationships springing from this series, but it is clear some couples already have a very deep rapport.

“For example, Sara Davies from Dragon’s Den is another dancer on my shortlist of potential dark horses and someone I think will go far in the competition. She has a very natural outgoing personality and demonstrates great affinity with her dance partner even though it’s early on. She could go a long way through the process.

“I will be looking out for a couple’s responses during the marking stage because this will give an indication as to the true emotion being experienced at the time.

“Not many people know this, but the human face only has seven expressions; happiness, sadness, fear, anger, surprise, contempt and disgust.

“The human face from time to time will flash one of these emotions, called a micro expression, in an involuntary manner which reveals a lot about someone’s true inner feelings.

“If someone is trying to convey happiness but then flashes a micro-expression of disgust, we know that person is not really experiencing happiness. This is the best way to step into someone’s mind.”

Arijana
Coffee break with
Quick menu
Tilly Ramsay and Nikita have really hit it off – Nikita must be on best behaviour with Chef Ramsey on the scene...Another couple to watch in terms of body language is Tom Fletcher and Amy...But Robert Webb hasn’t gelled with dance partner Diane...While Greg Wise & Karen also haven’t bonded yet...Why first deaf contestant Rose Ayling-Ellis' experience with non-verbal communication makes her a winner in the making...What body language traits show a Strictly couple have bonded - extended eye contact could be the giveaway sign of ‘the curse’What Darren will be looking out for in terms of a couple's true feelings...