How much caffeine in a cup of coffee? 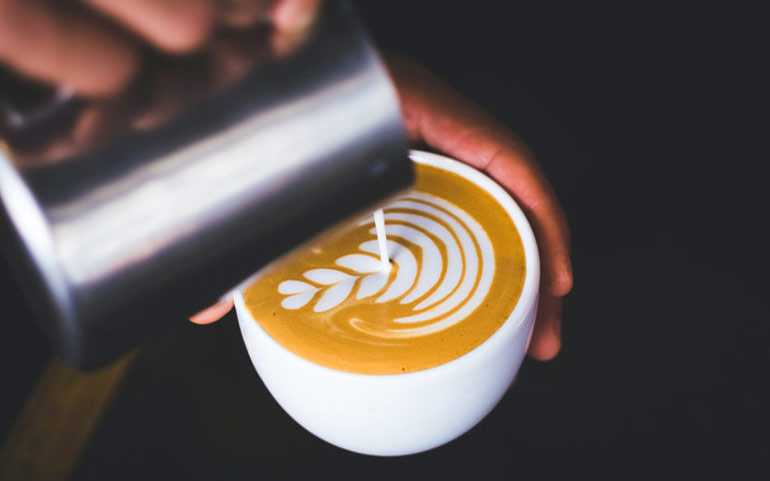 Where there’s coffee, there’s caffeine – but just how much caffeine is in a cup of coffee?

According to the USDA, an average cup of brewed filter coffee contains 96 milligrams (mg) of caffeine.

Still, caffeine levels vary greatly depending on your coffee drink of choice. Different coffee – starting with beans, brands, ending with brewing methods – all influence the jolt you get from your morning cup.

Whether you’re trying to monitor your caffeine intake or just want to learn what gives espresso its buzz, here’s what you need to know about coffee’s caffeine content.

What is caffeine anyway?

Plenty of people rely on coffee to get themselves out of bed, but even the most enthusiastic coffee lovers might not understand exactly what caffeine is or how it works on the body. 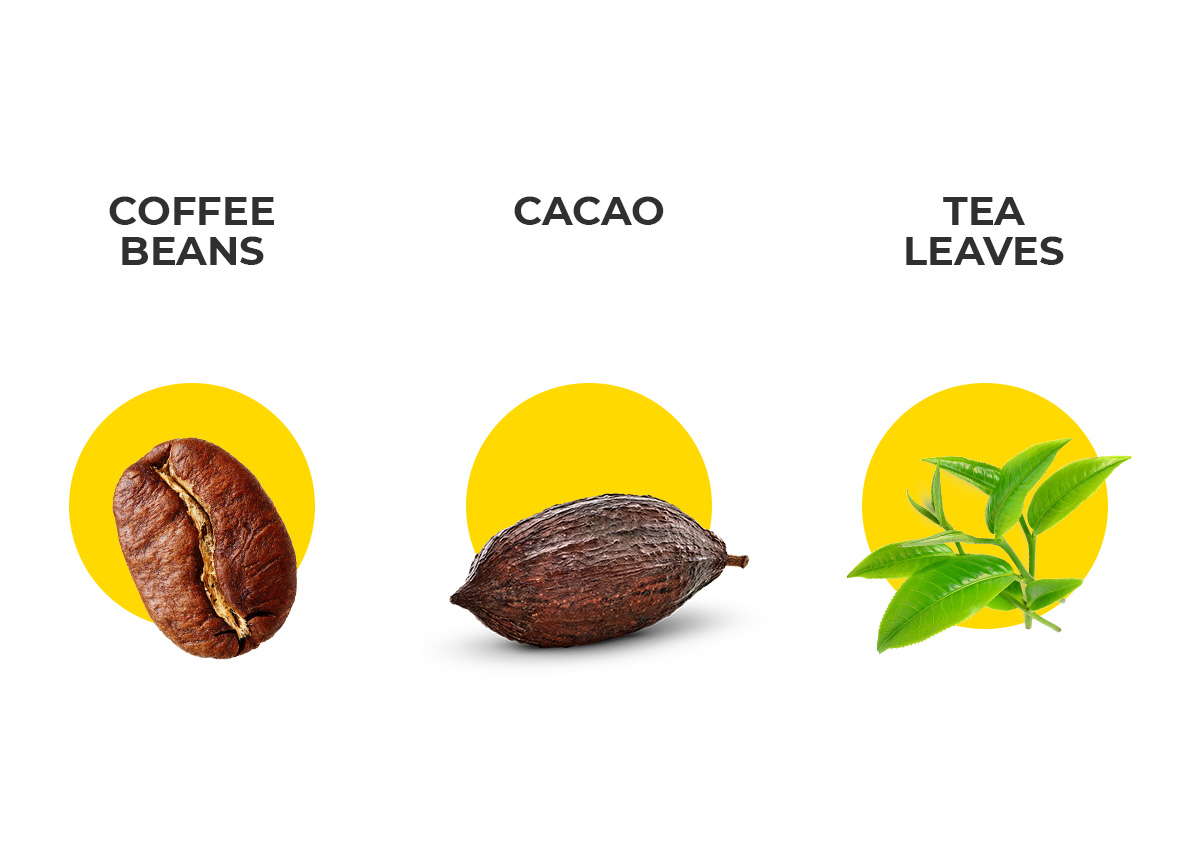 Caffeine is a natural stimulant found in coffee beans, tea leaves (that is why we find caffeine in tea too), cocoa beans, and other sources. When consumed, it acts on the central nervous system, boosting levels of brain activity and triggering the release of chemicals such as adrenaline and cortisol.

Of course, many people drink coffee for its energizing effects – but overconsumption of caffeine can result in dehydration, anxiety, and dizziness. Your own reaction depends on your sensitivity to caffeine and how much of it you consume.

Why do caffeine levels differ from cup to cup? 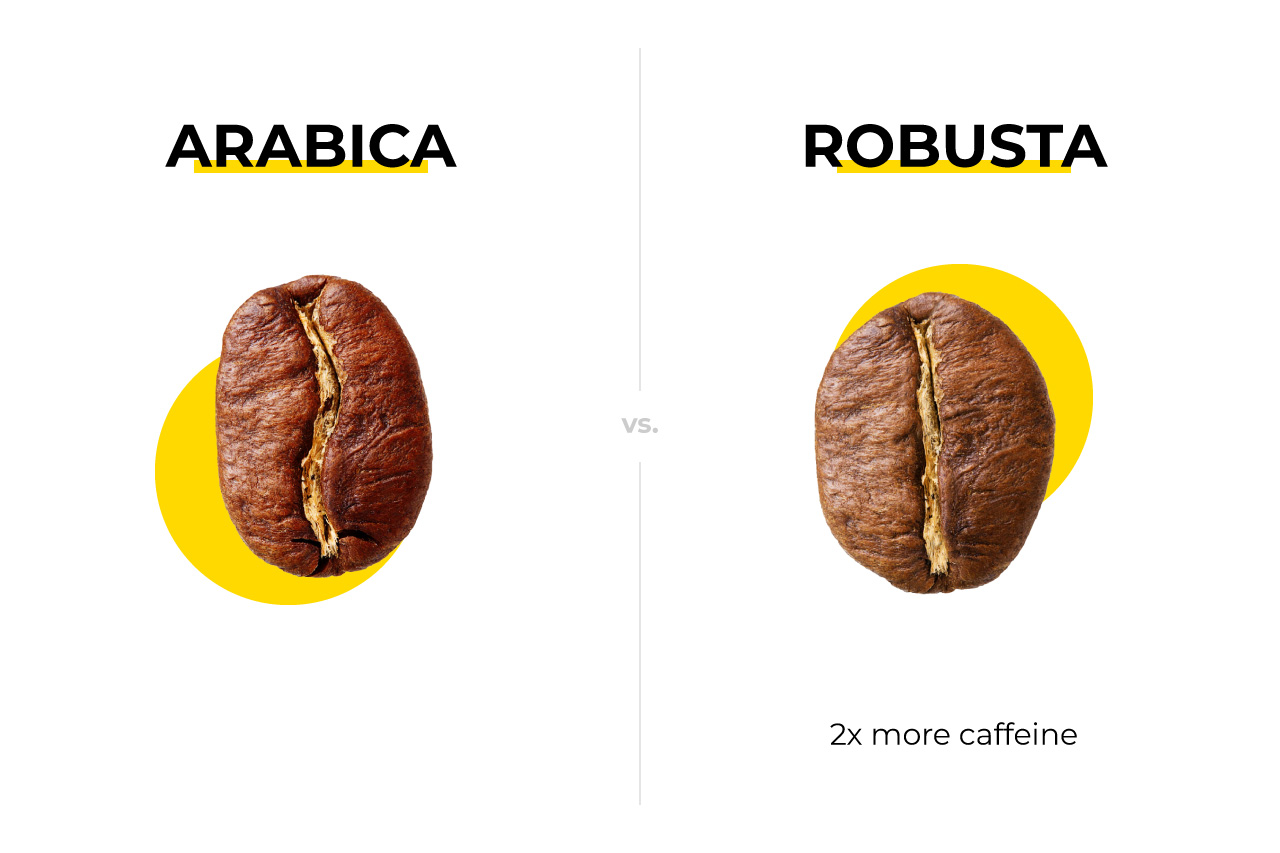 There are a few different variables that affect how many mg of caffeine there is in your coffee:

We’ve already learned that a standard cup (8 oz/240ml) of brewed filter coffee packs 96mg of caffeine, but how does that stack up to other popular brews?

How much caffeine is in espresso? 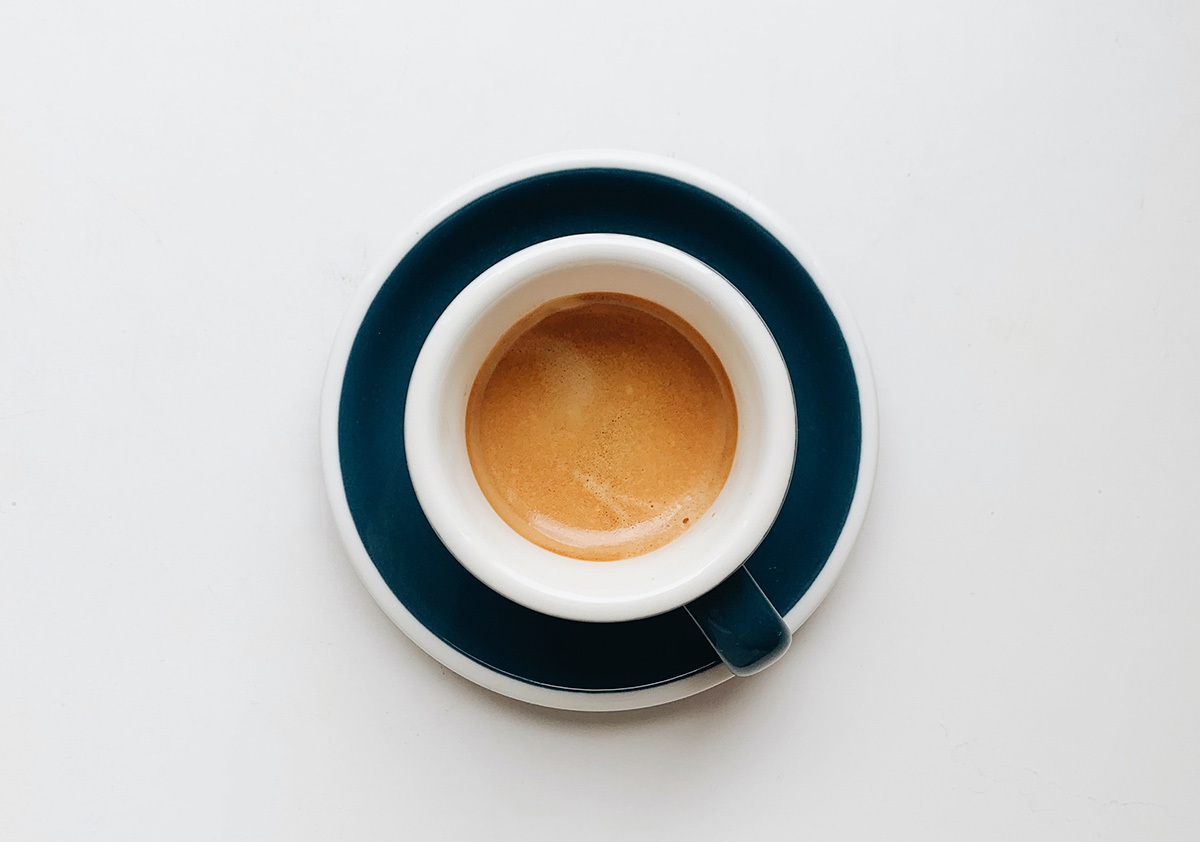 To make espresso, pressure is used to force hot water or steam through finely-ground coffee.

This method results in high levels of caffeine extraction, but servings are typically much smaller than filter coffee.

How much caffeine is in a latte? 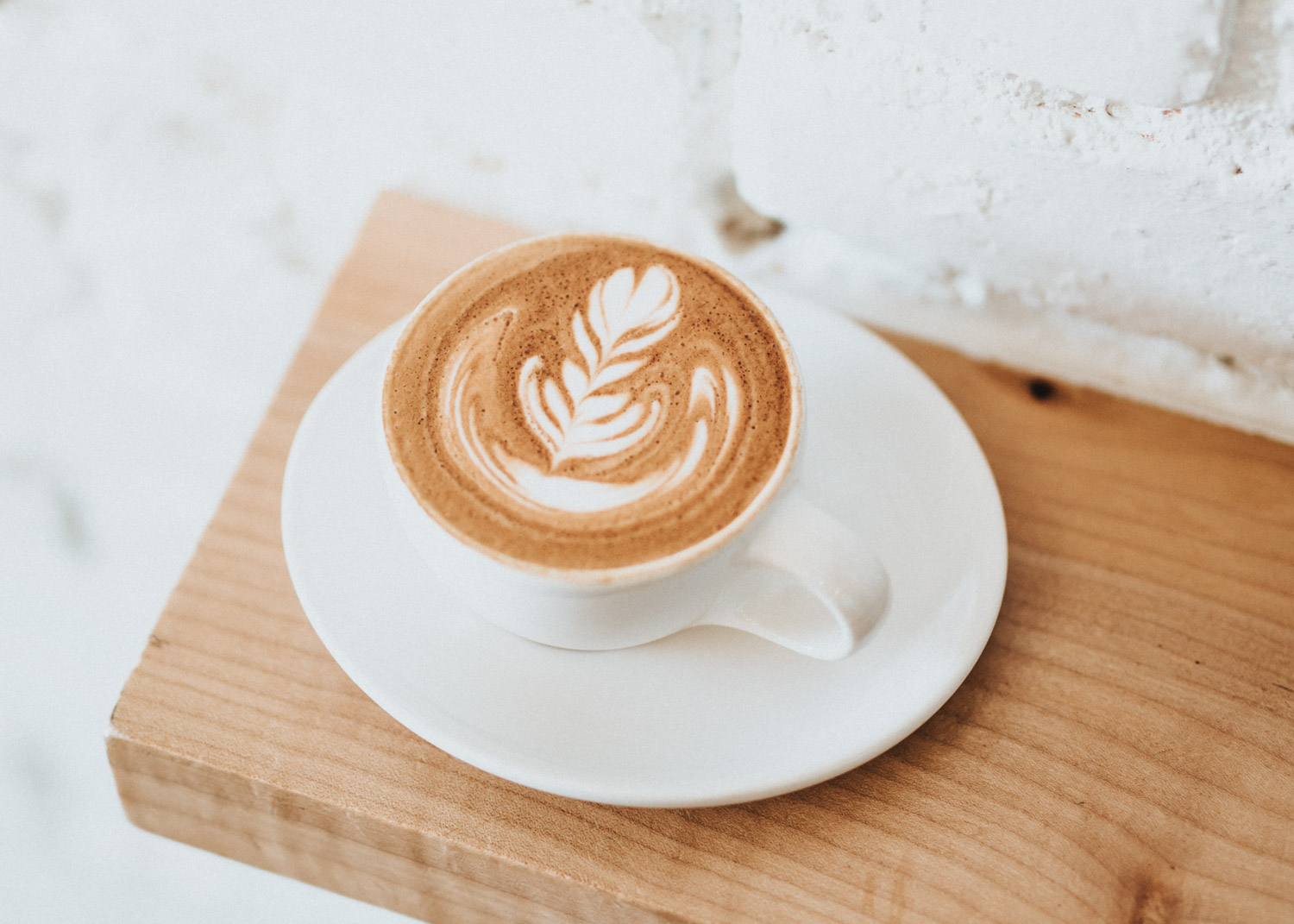 Lattes, like other popular espresso drinks including cappuccinos, americanos, and flat whites, are made by layering espresso with steamed milk (or, in the case of the americano, hot water). The ratio of milk or water to espresso determines the drink.

Milk and water don’t contain caffeine, so the drink’s total caffeine content comes only from the espresso and varies according to whether a single or double-shot is used.

Drawing from the USDA figures above, we can deduce that a latte or another espresso-based beverage with a single shot delivers 63mg of caffeine, while a beverage with a double shot contains 126mg.

How much caffeine is in Nespresso? 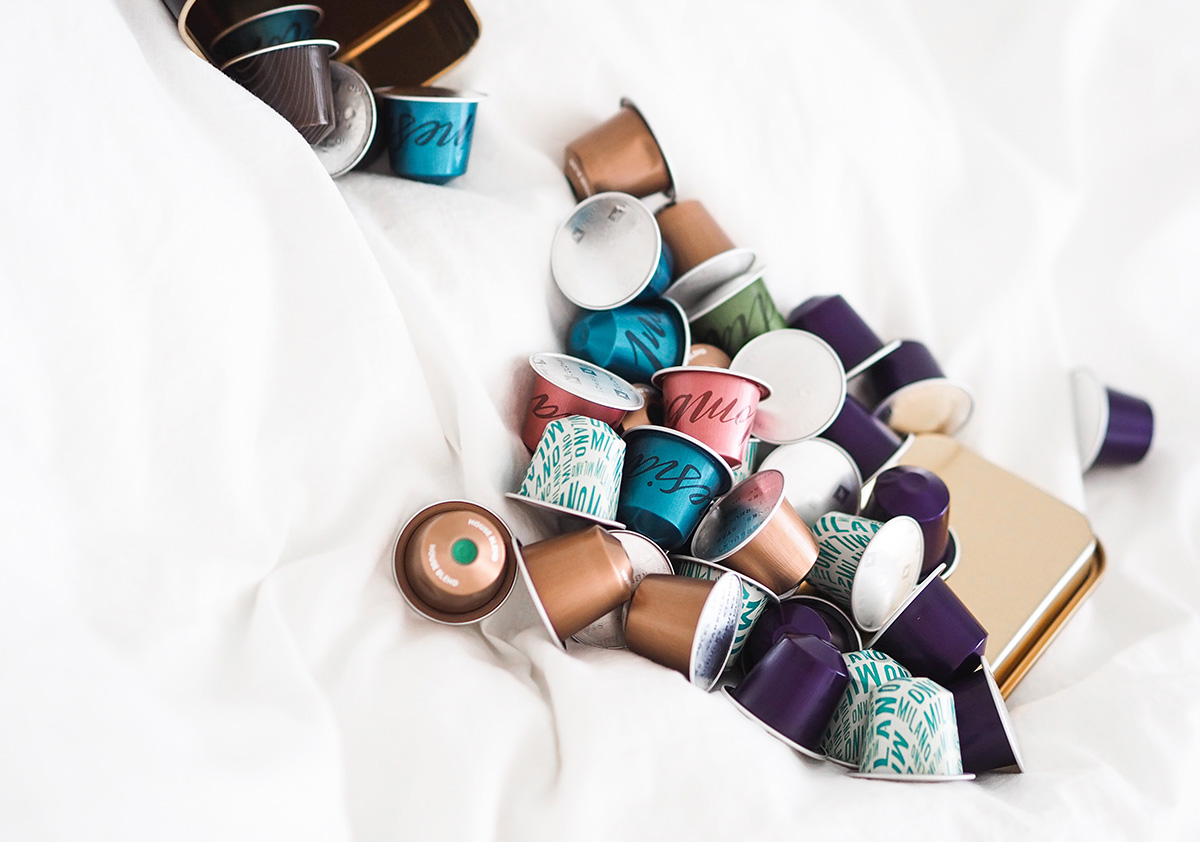 According to the brand, the caffeine content of each serving depends on the variety and amount of coffee inside the pod. The company says that its classic Nespresso capsule with pure Arabica coffee typically brews a 40ml shot of espresso that has 65mg of caffeine. Remember, robusta beans naturally contain more caffeine than arabica – so you can be sure that Nespresso’s robusta pods will give a stronger buzz than its arabica capsules.

It’s also worth noting that an independent scientific study of Nespresso pods found that the caffeine content across the range varies widely, from 19mg-147mg per serving. The study concluded that the actual caffeine levels in Nespresso coffee “often differ from the manufacturer’s reports”.

How much caffeine is in instant coffee? 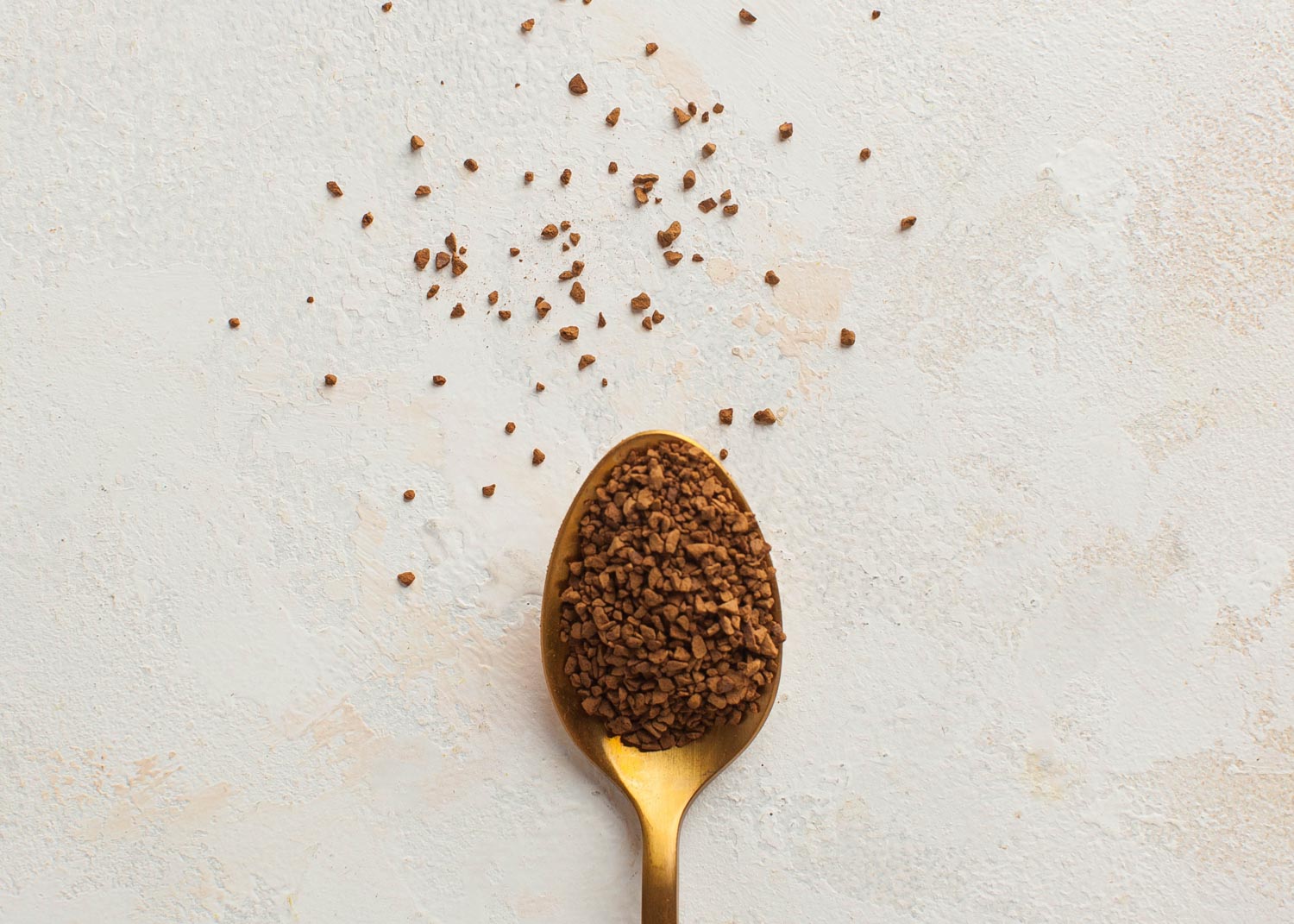 Instant coffee is made by taking brewed coffee and removing the water from it, often through freeze-drying, which results in small, dry granules of coffee. To prepare it, you simply dissolve a teaspoon or two of the instant coffee granules in hot water or milk.

The caffeine content of instant coffees varies by brand, but generally contains less than a typical filter brew. According to the USDA, a two teaspoon (2g) serving of instant coffee has 63mg.

How much caffeine is in decaf coffee? 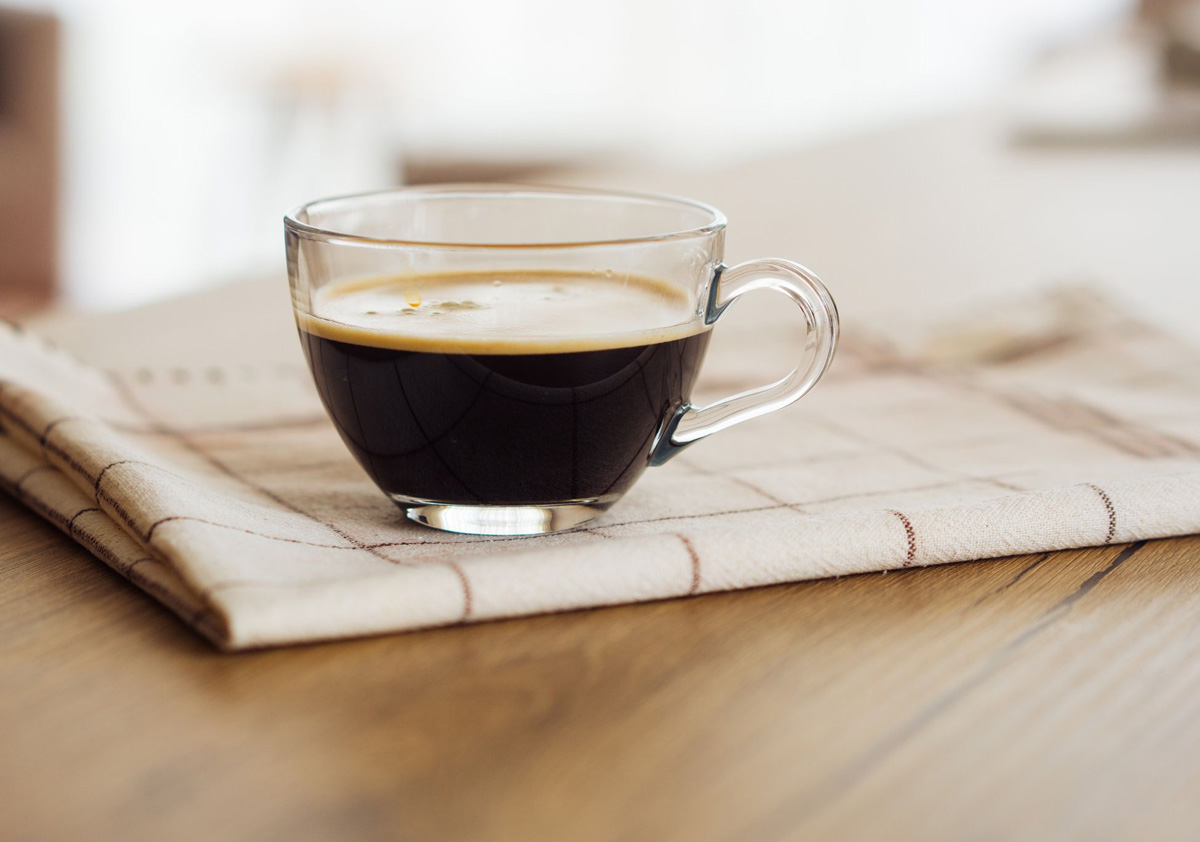 It may seem like a contradiction, but yes, even decaffeinated coffee can give you a daily dose of caffeine!

To remove caffeine from coffee, the beans are soaked in water. The water draws the caffeine out of the beans. This caffeine is then removed from the water using chemical solvents, charcoal filtration, or high-pressure carbon dioxide.

Decaffeination is a complicated process, and it usually isn’t able to extract all of the caffeine from the beans, which is why most decaf coffees still contain small amounts of the stimulant (and sometimes not-so-small amounts!). Again, caffeine content depends on the brand, but a typical cup (8 oz/240ml) of decaf coffee contains 2mg.

Caffeine in coffee vs. tea and other beverages

It’s important to remember that coffee is not the only caffeinated drink out there.

Teas, colas, and energy drinks can contribute to your daily caffeine intake, as well. Down a latte in the morning, a few teas throughout the day, and a soda with supper, and you’ll be staring your daily recommended caffeine allowance in the face!

Here’s how coffee’s caffeine levels compare to other popular beverages.

Real talk: how much caffeine is too much? 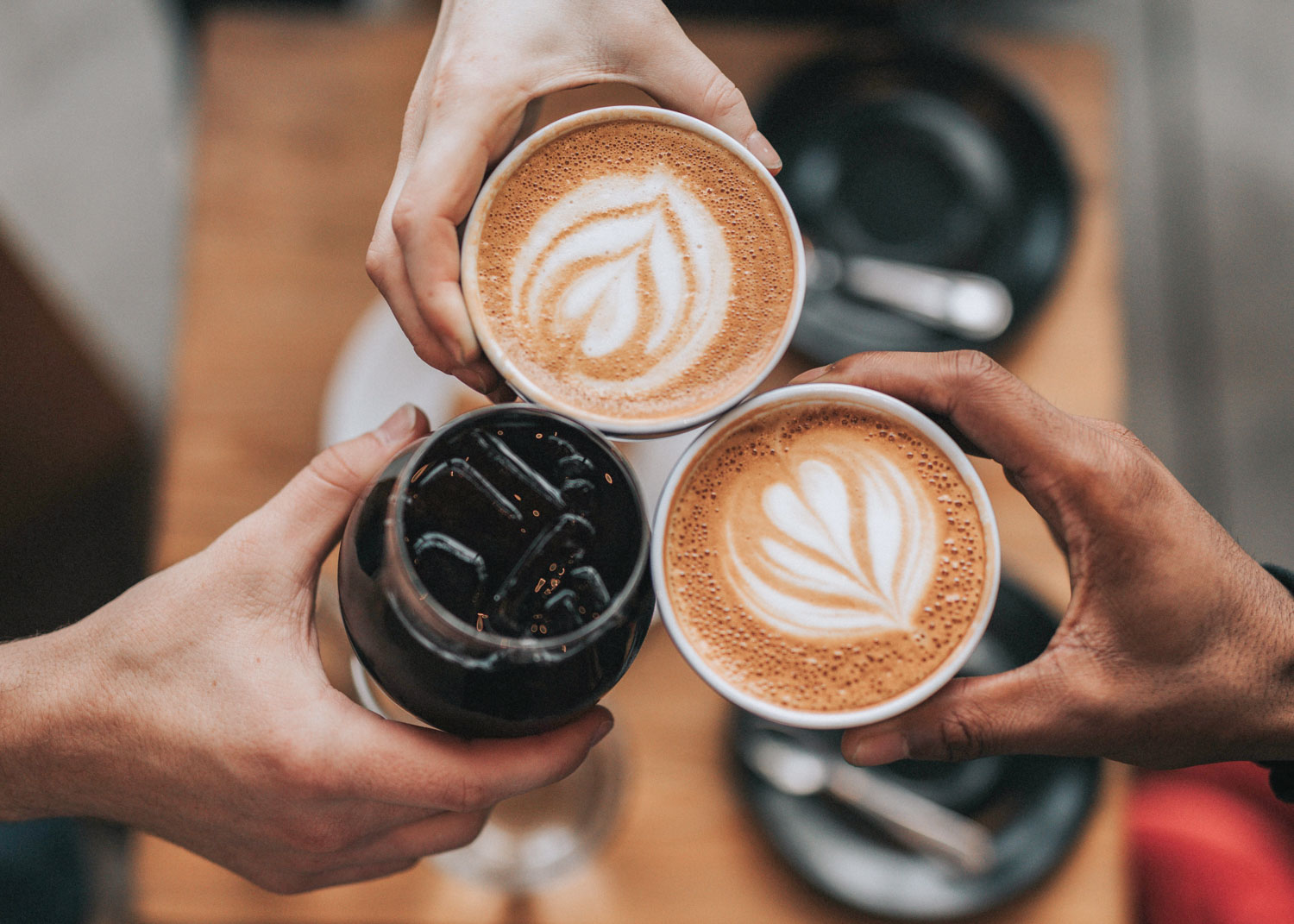 The recommended maximum daily intake of caffeine for healthy adults is 400mg; this is roughly equivalent to four standard cups of brewed filter coffee.

Meanwhile, the NHS advises that pregnant women should not exceed 200mg, or two standard cups of coffee, per day.

Within these limits, it is generally accepted that coffee and caffeine are perfectly safe for regular consumption. In fact, many studies have shown that coffee is rich in antioxidants which actually have extensive health benefits.

According to Dr. Rob van Dam, Harvard professor of nutrition, research suggests that coffee consumption may even protect against type 2 diabetes, Parkinson’s disease, and liver cancer.

“I think the evidence is good that for people in general – outside of a few populations, such as pregnant women, or people who have trouble controlling their blood pressure or blood sugar – coffee is one of the good, healthy beverage choices,” Dr van Dam explains.

So how do you know if you’ve overdone it? You may experience some of the less pleasant effects of caffeine: anxiety, restlessness, insomnia, headache, and nausea are all potential signs you have had too much.

Everyone has different limits when it comes to caffeine. Ultimately, it’s up to you to try out different types of coffees and brewing methods, discover how they make you feel and determine which ones suit your taste and your personal caffeine tolerance, so you can enjoy your coffee experience to the fullest!

Q: What is caffeine?

A: Caffeine is a natural stimulant found in coffee that acts on the central nervous system.

Q: Which types of coffee drinks have the most caffeine?

A: Here are six types of coffee beverages, from highest caffeine content to lowest:

Q: How much caffeine is safe to consume?

A: Healthy adults should consume no more than 400mg per day. Pregnant women should not exceed 200mg per day.

Q: How do I know if I’ve had too much caffeine?

A: Caffeine tolerance varies from individual to individual. If you’re feeling anxious, restless, nauseous, or having trouble sleeping, you may have overconsumed.