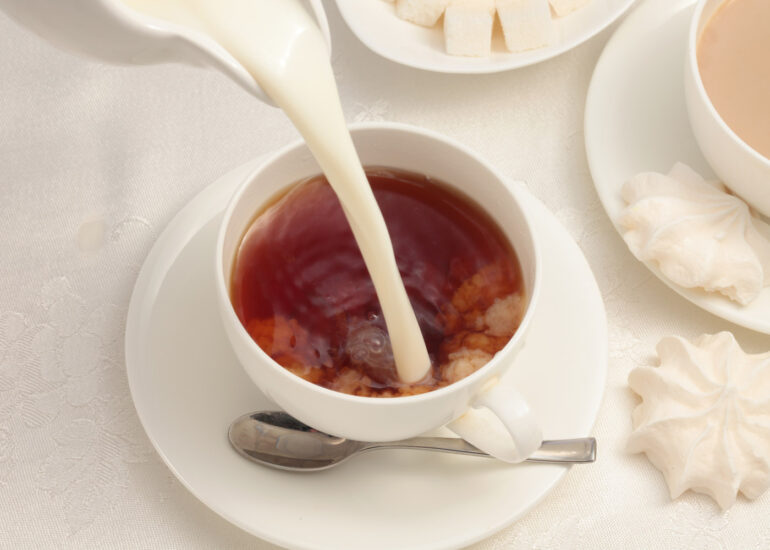 Former Royal chef Darren McGrady spent 11 years cooking for The Queen working at the likes of Buckingham Palace and Balmoral, before moving to Kensington Palace, where he cooked for Princess Diana, Prince William and Princess Harry for a number of years before her passing in 1997.

Speaking exclusively to Coffee Friend, Chef McGrady revealed some of the Royal Family’s favourite hot drink orders and how he used coffee in many recipes for The Queen.

What was it first like when you started working at Buckingham Palace?

“I left the Savoy as a chef and started at the Palace as chef 20 of 20. I was 20 years old and one of my first jobs was making food for the Royal corgis and when I got to Balmoral, peeling carrots for the Queen’s horse. You really start at the bottom.

How is the Queen’s menu selected?

“The Queen picked her own menu. There was quite a regimented process and The Queen stuck with a lot of the same dishes throughout the week. If we had a new recipe for a dish, we would have to send the whole recipe up to the Queen and she would look through it.

“There was one time I forgot to send a new recipe to Her Highness. It was at Balmoral and during the strawberry season. I’d sent up the new dish with a regular dish and a note came back to the kitchen. That’s how the Queen communicated with us and it read, “Who or what are the veiled farmer’s daughters?” That was the name of the dish. It was strawberried with a cinnamon muesli on the top, which she ended up eating once she knew what it was.”

What types of tea and coffee did The Queen or Princess Diana like to drink?

“The Queen would have darjeeling first thing in the morning, usually with biscuits. Then in the afternoon she would usually have Earl Grey tea. Princess Diana’s favourite was Rose Pouchong, the black tea with the rose petals, however, she was more of a coffee drinker.

“The Queen would sometimes have coffee at lunch and at dinner. We actually had a coffee room at Buckingham Palace. At Sandringham, the kitchen was too small and I ended up making coffee to serve after pudding.”

Were there any Royal recipes that you used coffee in?

“The Queen was definitely a chocaholic, she loves dark chocolate. I used to make a mousse au chocolate et cafe, a dark chocolate mousse and I added in some real espresso coffee to intensify the flavour. So that was on the menu quite a bit at Buckingham Palace. We also used to make a coffee mousse. At banquets when the Queen was entertaining, the most popular dessert on the menu often was an ice cream bombe. We did a bombe glacée coppelia  which was coffee ice cream filled with praline and decorated with whipped cream and liquor coffee beans.”

On moving to Kensington Palace:

“When I joined the Princess she had got her life back on track and she was eating healthily. Now the food was; fish dishes, stuffed vegetables, lots of chicken and quite a bit of fruit-based recipes.

“It was much, much different and more relaxed at Kensington Palace. It was less formal, it was family style, all the food was placed on the sideboard for the Princess and the boys to help themselves.

“If she wanted a coffee, she preferred instant. She would come in the kitchen and make herself one and offer to make me one.”

Gabija
Coffee Break With
Quick menu
What was it first like when you started working at Buckingham Palace?How is the Queen’s menu selected?What types of tea and coffee did The Queen or Princess Diana like to drink?Were there any Royal recipes that you used coffee in?On moving to Kensington Palace: