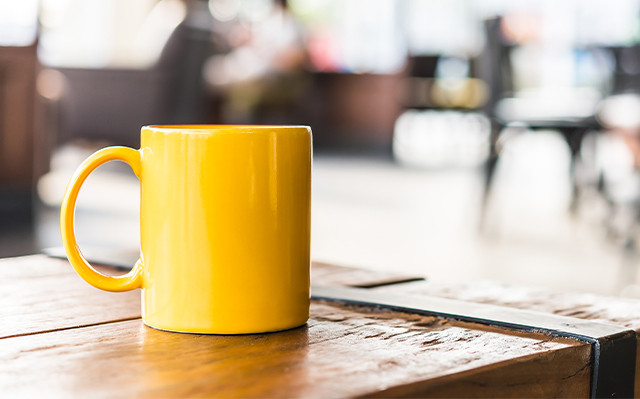 Alan Hutton made over 350 caps during his 18-year career in football playing with some of the best players in the world at the likes of Rangers, Tottenham Hotspur and Aston Villa.

Born and bred in Glasgow, proud Scotsman Alan also made 50 caps for his country and still holds the record for being Rangers’ most expensive ever sale at £9million in 2008.

The 36-year-old, who retired from the game last year, has spoken to Coffee Friend about his love for coffee and how it had a big impact on his career.

While he has also given his opinion on the Premier League’s biggest talking point – whether former Tottenham teammate Harry Kane should leave Spurs this year with a move to English champions Man City looking likely.

Alan Hutton…on his love for coffee

“Coffee is actually a massive thing within football. I would always drink it before games and training, even in pre-season.

“We had what we called ‘coffee club’, where all the boys would meet. ‘Cmon, it’s coffee club this afternoon, let’s go,’ we’d say. Whatever club you were at, you always had that.

“At Villa there would be myself, Mark Bunn, John McGinn and Henry Lansbury – all these guys. There were quite a few of us that would meet to have coffee before training. So it was a big part of my football career and it still is at the moment.

Alan Hutton…on the importance of coffee in football

“The socialising aspect was great because if you’re on an away trip and you wanted to sit down to have a coffee with the boys and have a chat that was obviously very good.

“Me personally though, I liked having an espresso before games to give you that little kick. A lot of players are the exact same way.

“I go right back to my time at Tottenham with the likes of Robbie Keane and those guys having espressos before the start. I was saying, ‘what’s that?’ and they were saying that it gives you a boost going on to the pitch, so I was like ‘let me try that then.

“You would always find an espresso machine in the changing room, because that’s what the players enjoyed.”

“Especially as a full back, I liked going forward.

“But I remember playing at Ibrox against Thierry Henry. I was apprehensive about that.

“For being so young, I’d done well though against a top, top player and that was one for me that I’ve looked back on and thought ‘I enjoyed that day’.

“After being worried about it, it made me think defensively I have to be 10 out of 10 here.”

“If there is an opportunity to move, this is the right time. He’s 28. If he stays another year, Tottenham won’t get the best value for him. He’s coming to the best years of his career. He’s in that window of, if he wants to move and for a lot of money, it’s now. Whether Tottenham can hold on to him, we’ll have to wait and see. For him personally, to go and win things – this is the time.

“It’s a scary thought to have Harry Kane in that team. I think personally he is what they’re missing. If they had that focal point of Harry Kane with all that service coming in from all those talented players, they could be unstoppable.

“It’s the missing piece of the jigsaw. If Man City can get it over the line, it’s a frightening prospect.”

“That would be unbelievable. Imagine, it would be brilliant. That’s what dreams are made of.

“That’s why the likes of Jack Grealish has gone there and Harry Kane wants to go there – to play in finals against the best teams in the world.

“That’s the reason they make these moves, so hopefully that can happen.”