Where do coffee beans come from? 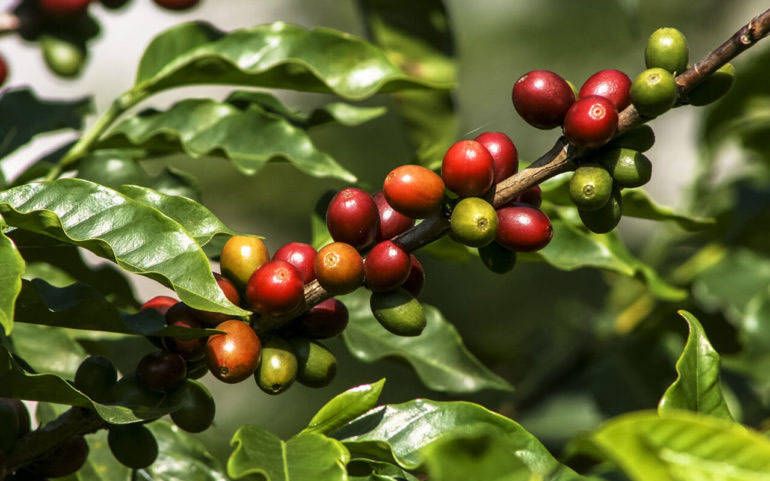 We all know and love the coffee bean. It connects us with friends when we drink it together; it rounds off a brilliant meal; and it helps us to wake up the next morning. But how well do you really know your bean and its history? Where do most coffee beans come from?

The origins of coffee

The origins of the word ‘coffee’ can be found in the Arabic word qahwah – meaning ‘wine’, probably due to its stimulating and enjoyable properties (and it’s also a very useful word to use if you’re playing Scrabble). The Dutch used the word coffie; the English borrowed that, and the word ‘coffee’ appeared for the first time in 1582.

There have been coffee houses in the UK since 1650, and all over Europe coffee houses quickly became the places to be seen in. Artists, writers, philosophers and many others all met there to enjoy the coffee and conversation – a tradition which hasn’t really changed in the last four hundred years.

Where do arabica coffee beans come from?

Around 70% of the coffee we drink globally is from the Arabica bean, which originated in Africa – in Ethiopia and the surrounding countries. You may be wondering why the name sounds like it’s from Arabia then? Well, it’s most likely because the bean soon found its way from Africa to the Middle East, to lower Arabia and the Yemen, and Arabica was created.

Nowadays, Arabica is grown across the world, mainly in subtropical climates – known as the ‘bean belt’, these are warm, humid places, usually in South America, Asia and Africa. Brazil is in fact the world’s largest producer of Arabica coffee and the table below shows the world’s largest coffee producing countries in 2019: 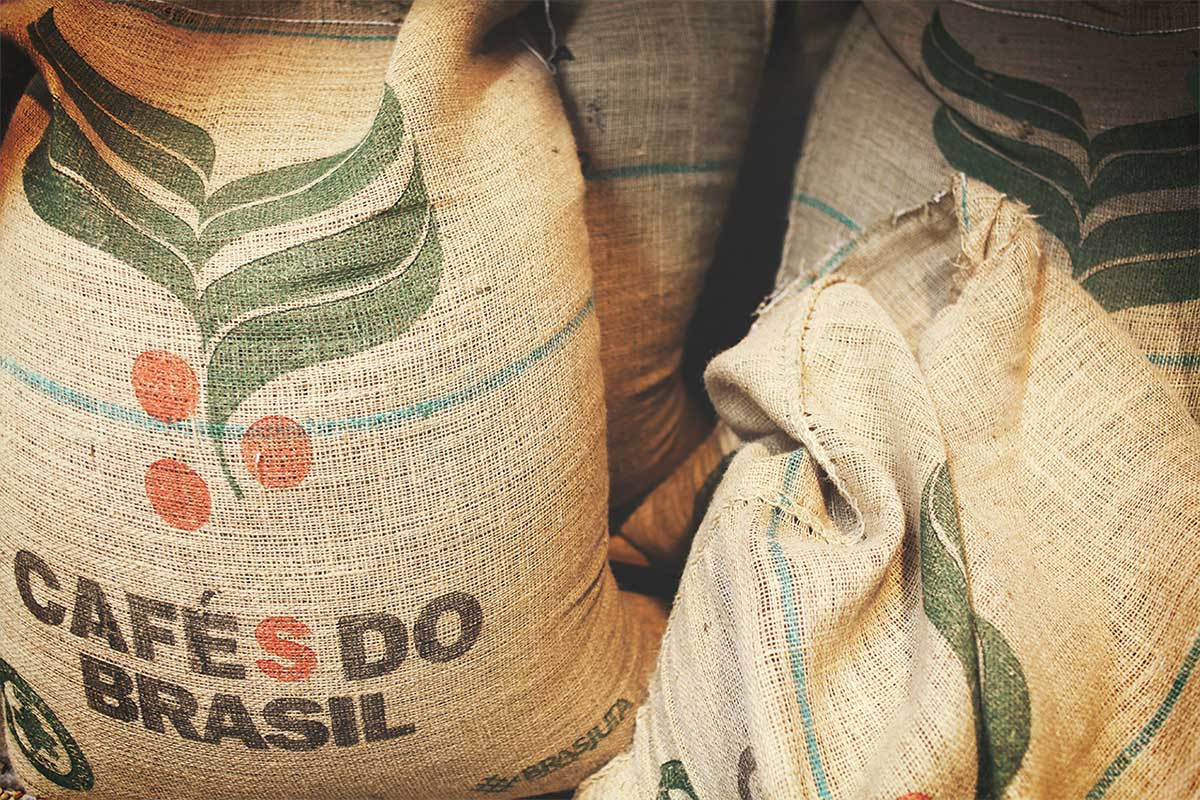 Think you would recognise a coffee bean tree if you saw one? You might be surprised to know that a coffee plant is covered in colourful red berries (also known as coffee ‘cherries’), which are hiding the beans inside. These should only be picked when they are a lovely ripe red colour. You’d also see an array of small white flowers, which smell a lot like Jasmine.

There isn’t just one type of Arabica bean, either. Instead, there are several common varieties, such as Typica (clean and sweet, often blended with other types to enhance flavour); Bourbon (not the whisky (!) but a chocolate-flavoured bean); and Jamaican Blue Mountain (grown in – yes, you guessed it – Jamaica, with a light and creamy flavour). 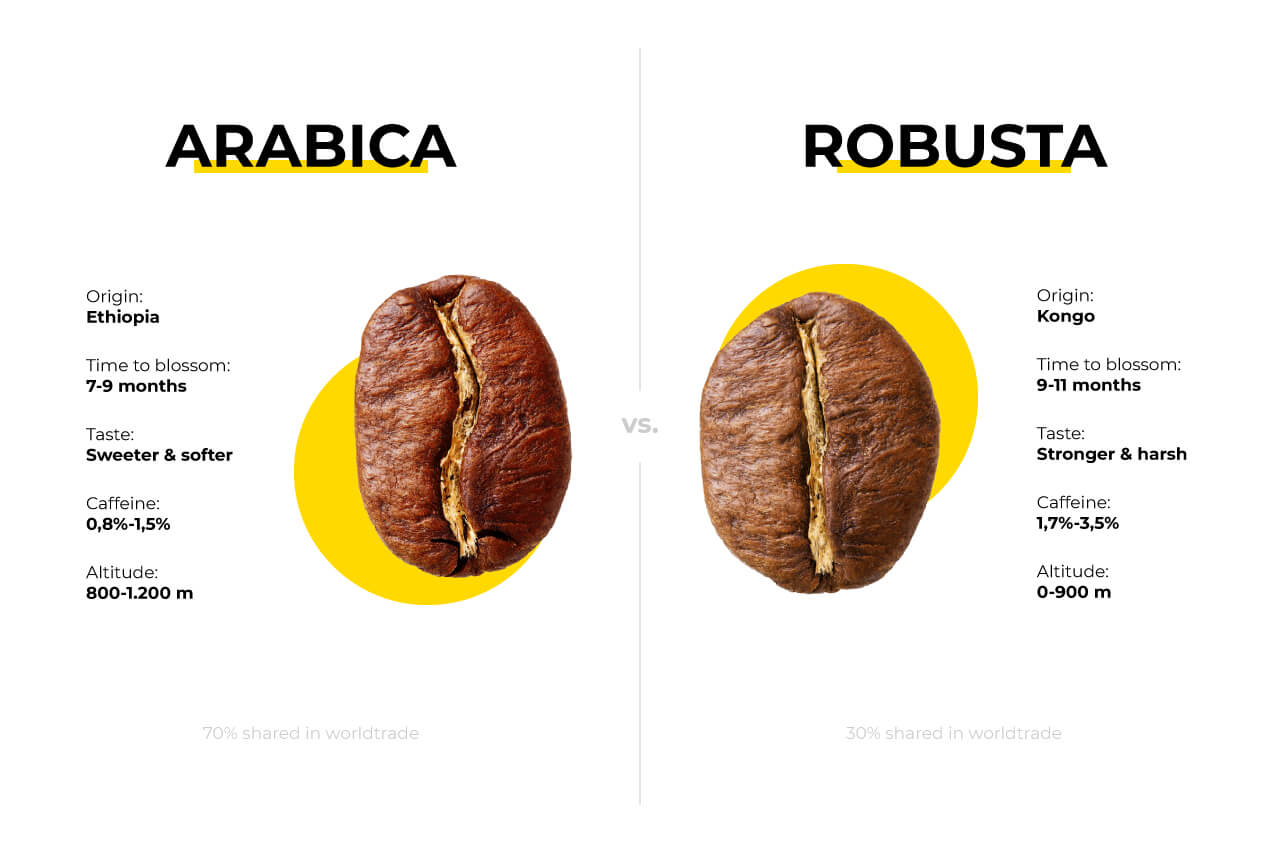 So, if roughly 70% of the world’s coffee is Arabica, what’s the other 30%? Well, most other coffee is from the Robusta bean. As the name implies, it’s ‘robust’ – stronger in flavour than Arabica, and with a higher caffeine content (around 2.7% compared to Arabica’s 1.5%). If you like your coffee stronger, with an earthy, woody flavour and a little more on the acidic side, then Robusta could be for you.

To find out why it differs so much (and get really technical) then look at the height at which the beans are grown. Arabica is grown on higher ground than Robusta, and that matters because it means the beans experience more extreme weather and therefore mature slower. This extra time to mature allows more complex flavours and sugars to develop, meaning you end up with a smoother, more flavourful coffee. Neither bean is ‘better’ than the other – just experiment and choose yours according to your taste. Or, as David Lynch points out, coffee is so essential, that:

“Even bad coffee is better than no coffee at all.”

Coffee processing – from seed to cup

Coffee processing and roasting takes a lot of skill and experience and can be highly labour-intensive. From seed to cup, the process goes something like this; first the beans are harvested, either by hand or by machine (machine harvesting is popular on large, flat farmland, whereas if the beans are high on a mountain slope, hand picking is still the best option). Once picked, the beans are processed using either the ‘dry’ or the ‘wet’ method. Dry processing means spreading the beans in the sun to dry for a few weeks, removing moisture and allowing the outer skin to be taken off. Wet processing means using water to soften the beans and then remove the outer fruit, leaving just the washed beans. These are then fermented in vats, before being left to dry. Then all that’s left is for the beans to be graded, roasted and then milled, ready for your cup.

Coffee drinks from around the world

So now we know where our coffee comes from, and what type of bean it’s made from, how about some ideas for tasty coffee drinks from around the world? Coffee is a highly versatile drink, so other ingredients and flavours can be added to create new and tantalising drinks: 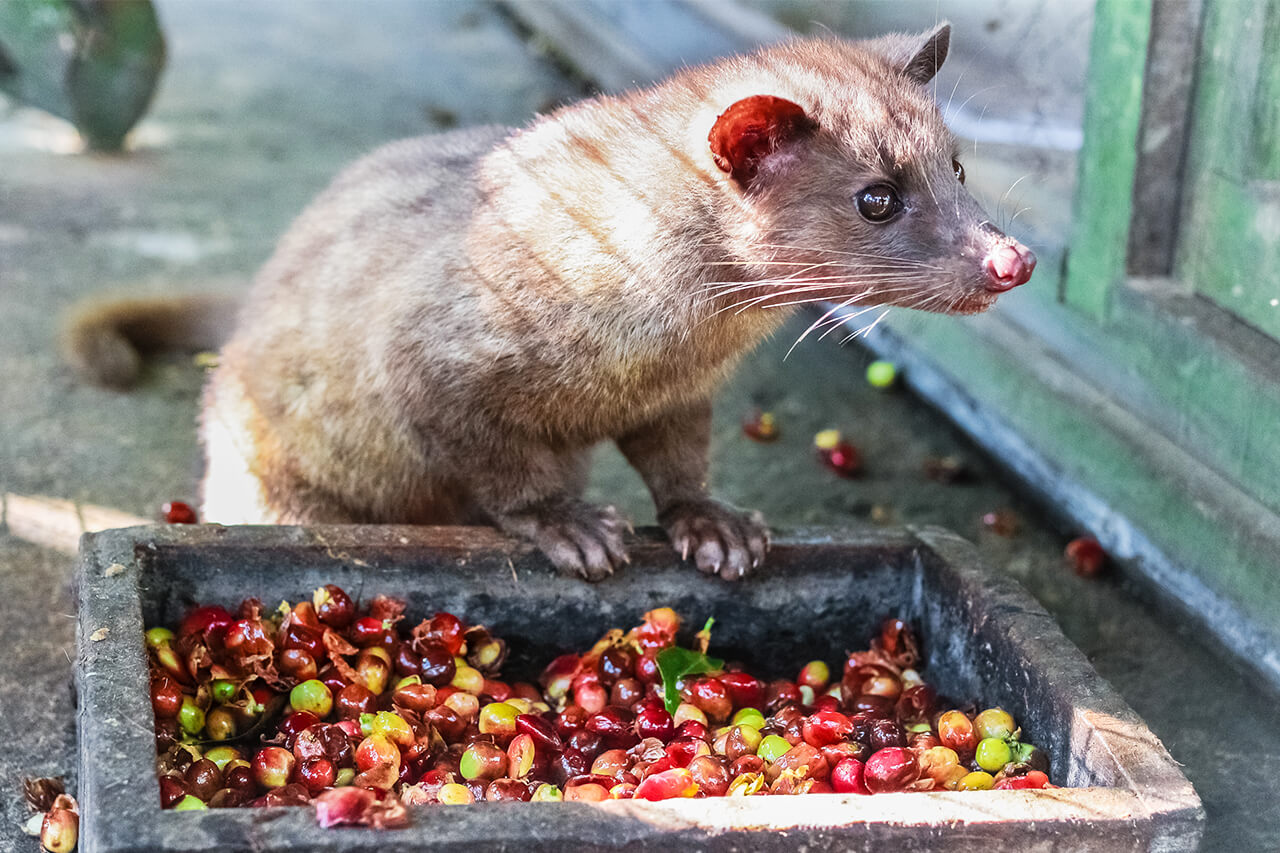 For the really adventurous coffee lover, try Kopi Luwak coffee, which has been growing in popularity (and price) recently. This is sold as a type of gourmet coffee because of the unique journey it goes on. Beans are eaten by civets (small, cat-like creatures) in parts of Asia and Africa. They then digest them and excrete (poop) them out again, and the beans are then dried, roasted and sold for up to $80 per cup. The process of digestion is said to add certain enzymes and flavours, removing some acidity. (Whilst this process is harmless, always be sure to check on production standards and animal welfare before buying, because although civets naturally eat coffee beans, they are sometimes cage-farmed and fed only coffee beans, which can be harmful to the animal. As with many natural products, traceability and transparent labelling are crucial).

It’s clear that our coffee comes in a variety of types and from many different countries – all of whom have their own unique way of enjoying it. That’s the joy of coffee! If you’re an enthusiast then you can go on your own personal journey of discovery, finding out what’s right for you and your taste buds, and uncovering new experiences to share with your friends and family along the way.

Q: Where does the word coffee comes from?

A: From the Arabic word qahwah – meaning ‘wine’

Q: When did coffee become a popular drink?

A: The first coffee shops in Europe were seen in the mid 17th century, but coffee was known about and drunk in Africa and the Middle Eats for centuries before that

Q: What is Arabica coffee?

A: The most popular coffee bean in the world, the bean that over 70% of the world’s coffee is made from

Q: Which countries produce the most coffee?

A: Brazil produces most Arabica coffee, and Vietnam produces most Robusta beans. The countries which produce most coffee are found in the ‘coffee belt’ in Asia, South America and Africa.

Q: How does coffee get from bean to cup?

A: Coffee ‘cherries’ are picked when red and ripe, the beans are inside and once removed are fermented, dried (usually in the sun for several weeks) and then roasted.

Q: What are some examples of how coffee drunk differently around the world?

A: Coffee is drunk in very different ways around the world – for example, Kaffeost (cheesy coffee) in Scandinavia, Café Truba in Africa (flavoured with pepper and cloves), and Pharisäer, (a rum-based coffee).

Q: Is it true some coffee comes from animal dung?

A: Yes – Kopi Luwak is made from coffee beans eaten, digested and excreted by the civet, then dried and roasted.

Laura Baločkaitė
Coffee Guide
Quick menu
The origins of coffeeWhere do arabica coffee beans come from? Top 10 coffee producing countriesWhat Does the Coffee Plant Look Like?Arabica vs RobustaCoffee processing - from seed to cupCoffee drinks from around the worldCoffee from poop?FAQs / quick read summary: