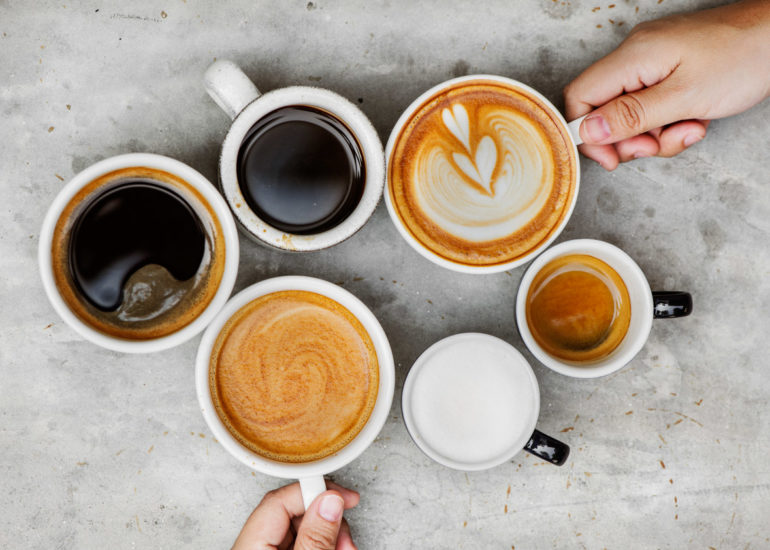 Darren Stanton is a former police officer with Derbyshire police with a degree in psychology, who used  his expertise to uncover the truth when interviewing hundreds of suspects.

He later moved into media and TV as a consultant, being dubbed the “Human Lie Detector” appearing on the likes of BBC’s The One Show, ITV’s This Morning with Phillip and Holly as well as working on screen with criminal barrister  Robert “Judge” Rinder. He has also analysed heightened political situations including General Election debates and key interviews with the likes of Dominic Cummings.

Pumpkin Spiced Latte lovers are ‘lonely’ and Flat White drinkers are ‘arrogant’, while those who like Espressos are ‘adventurous and powerful’ – says Daren.

Darren says: Those that drink lattes are more middle of the road types of people that may even consider themselves real connoisseurs of coffee. They just want something simple to drink without complication.

They are probably not that adventurous though and do not like too much risk taking. I think these people are quite mild-mannered, agreeable, happy to go with the flow and therefore do the same with hot milk and a bit of coffee because, well, what can go wrong. Ultimately, quite boring people.

Darren says: Someone that orders an espresso is quite adventurous and powerful. Strong in character, who knows what they want and not afraid to ask for it.

The best way of describing someone that drinks an espresso, or even a double espresso, is the same kind of people that will probably walk into a bar and have a shot of whiskey or rum. They tend to be no-nonsense, straight talking and shoot from the hip type of people. 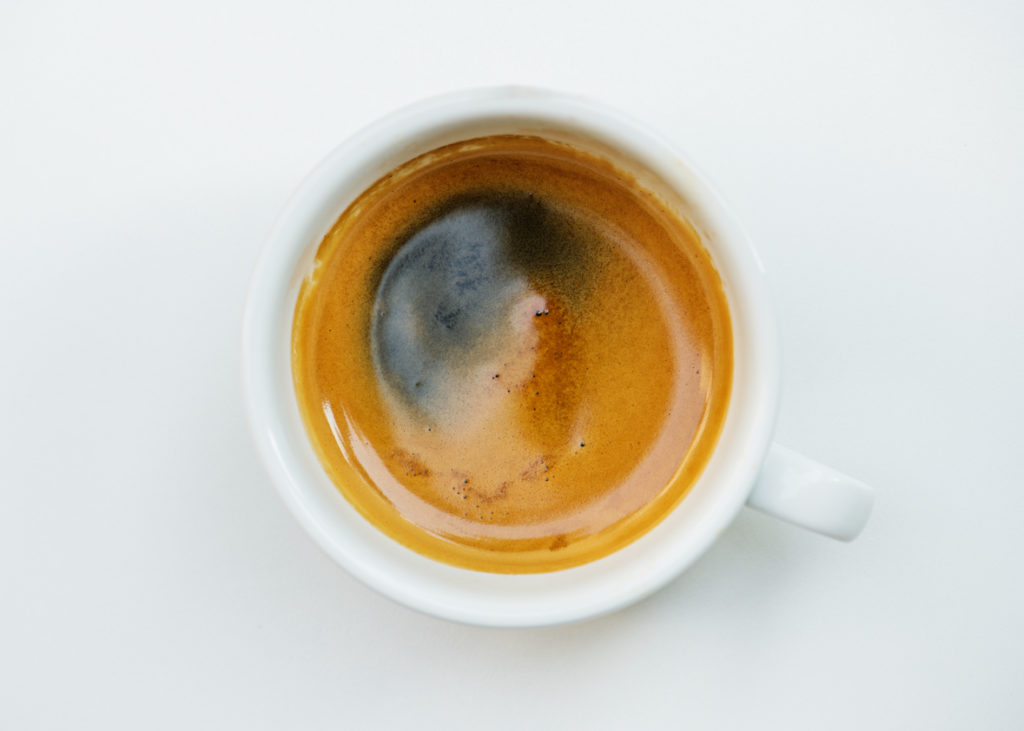 Darren says: People that tend to order a cappuccino are slightly more adventurous than the latte drinkers, they’re looking for a bit more and could be considered more fun. Their personality traits suggest they are prepared to push themselves a little bit more into unknown territory.

These will tend to be people that might have a go at a new skill or visit a new place they’re interested in. They’re quite open-minded and up for a laugh.

Darren says: People that order a flat white tend to think they’re a bit more sophisticated than others, particularly as the flat white is a much stronger coffee and a more acquired taste.

They will probably be quite single-minded, fairly outspoken – almost arrogant in cases.

The flat white is not as popular as a latte or cappuccino so I would even go as far as to say people that tend to order flat whites would even potentially be a bit of a loner. However, that’s only because they would stick by their opinions and have clear views on particularly spiky subjects.

Darren says: People that order Pumpkin Spiced Lattes are very interesting. These are people that love a fad, that love showing off – particularly those that post a lot on Instagram. From a behavioural point of view, this stems from a need to be liked and accepted.

These people are ultimately lonely, crave a real need to belong and achieve something, while also radiating a false happy go-lucky attitude to their friends in real life and in their online presence.

The Pumpkin Spiced Latte is perfect for this type of person too, because the drink represents a hearty, warm, Autumnal feeling that helps offer a comfort blanket when confidence is at a low. 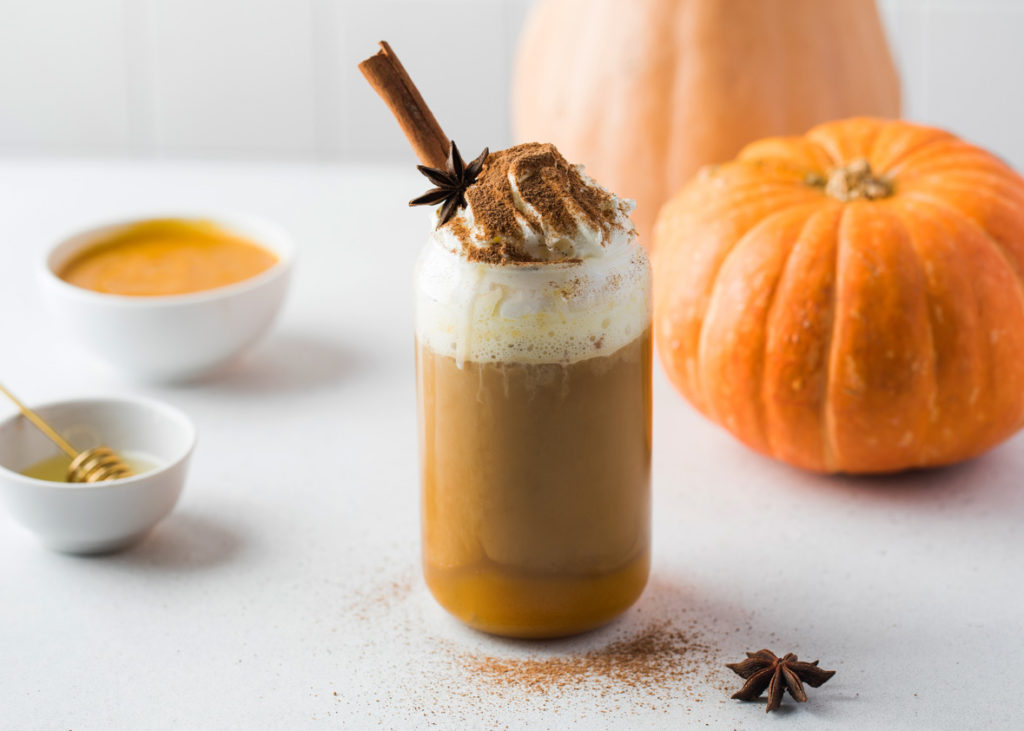 Darren says: Although quite refreshing during the summer time, when the winter weather kicks in, people that would order an iced coffee I would say are misfits in the best possible sense.

The people that go against the grain, the ones that potentially work for themselves and play by their own rules. They want things done their way and could be potentially quite stubborn in certain areas of their life.

They are the ones that will sit outside when it’s raining and everyone else is clambering for shelter.

Darren says: The choice to have a mocha is quite an interesting one as it’s probably the most cute of all coffee drinks. One of the most photographed drinks of all since its visually unique.

It is probably the most Instagram-friendly hot drink, so people that order this are likely to be very extroverted, outgoing, very flamboyant and potentially quite loud. They are the life and soul of the party, like their drink they want to stand out from the crowd and be unique.

Some black coffee drinks may be very fitness orientated, with an Americano being a known low-calorie order.  This says this person is a determined, focused and driven individual that looks after themselves, making them self-sufficient and empowered, but also bordering on having a selfish mentality.

Darren says: Strong, small, efficient and precise – these are the characteristics of a Cortado drinker. Perhaps they are creative or design things for a living, but this is the drink of a person who likes rules, likes structure and is not keen on change. An intelligent type, or at least someone that thinks they are intelligent.

And although it is a more unique order, they will not tend to be a true extrovert and personality-wise is quite middle of the road. However, a cortado drinker knows their opinion matters when they feel strongly about something and is smart enough to back up their argument.

Darren says: Probably the most indulgent of all the drinks.

The hot chocolate drinker is saying, ‘right now is all about me’. It’s about self-indulgence and decadence.

Maybe it’s cold outside and you want a hearty drink to keep you warm and fill you up, maybe you’re having a bad time and feel the need for something sweet, comforting and reassuring.

Whatever the circumstances the hot chocolate drinker is using their beverage to zone out from the world and recuperate alongside the warmth of their tasty order. 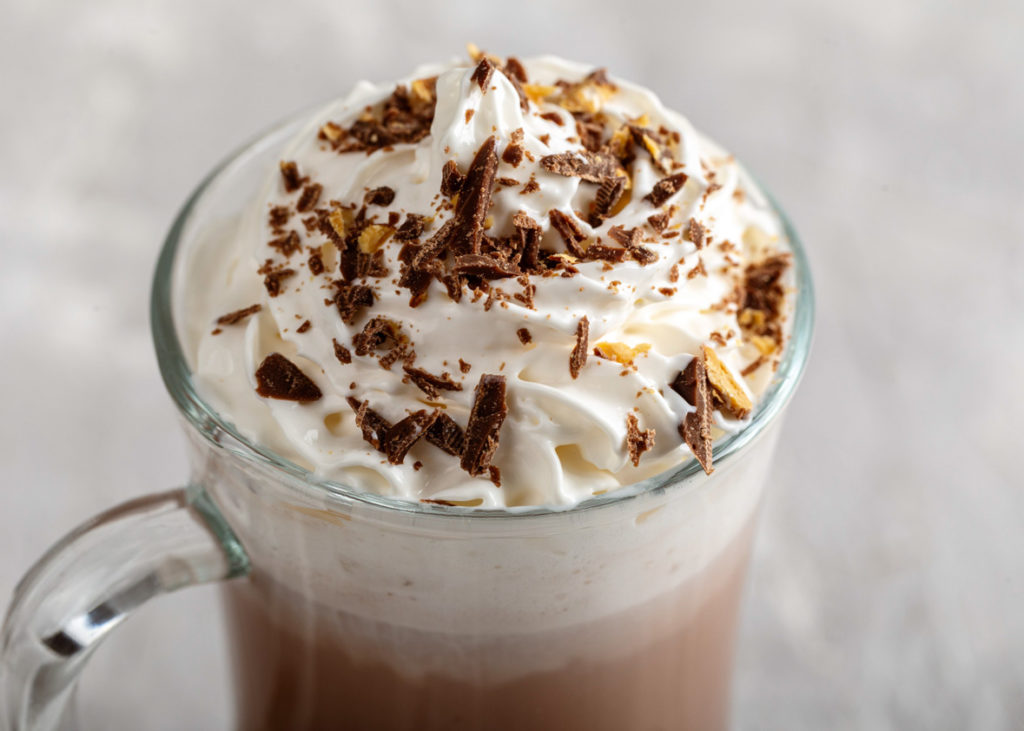 Darren says: People that have alternatives to cow’s milk fall into several categories. There is the obvious few which make the choice for health reasons be it allergies or intolerances.

Though those that opt to drink other milks are actually very individualistic. They are not afraid to seem different and like what they like.  These people will tend to be quite creative, not afraid to try new things and ultimately be known to share their voice and opinions whether people agree or not.

Darren says: People that tend to order coffee with syrups are more adventurous than others. They like change and won’t settle. They are not afraid of risk or chance. They are trustworthy though, proved by their faith they put in others that could make their coffee too sweet or too bitter in a coffee shop.

I think people that tend to order these drinks could be quite creative though. They don’t know how things will turn out with a drink, but they’re happy to experiment and run with the idea.

Their behaviour sometimes may be quite erratic and they thrive off new ideas and opportunities.

Darren says: People that tend to order decaf coffee may have an issue with drinking coffee or with the intake of caffeine, yet those who choose to go decaf are actually very nervous and cautious people.

They do not like the not-knowing, they like to understand the risk factors and play safely when given a choice.

Darren says: With literally too many flavours to mention, this is reserved when you want a break from the norm. When it’s time to put the brakes on and take time for yourself.

What is considered to be the most civilised of all drinks, maybe it’s afternoon tea or maybe you’re treating yourself to one of the more exotic flavours, people that tend to order tea are fairly level-headed people. Grounded, the sort of people you go to for advice in a situation. Their demeanour suggests they are stable and constant with plenty of routine.